When I was told that Gwilym had passed away, it was the first time I’d felt truly lonely here in Cornwall. I was suddenly hundreds of miles away from my band family and gutted not to be able to return to North Wales for the funeral or for the band gathering in his honour.

Mum saw Gwilym at the Eisteddfod just a few weeks ago and he was asking after me, saying he looked forward to me coming back. Thinking about that and knowing I won’t see him again…it breaks my heart. As they say, in these sorts of situations: ‘Words fail’. But as a writer, I must try.

Gwilym was my right-hand man for the six years of my conducting experience. He had already been involved with the band for many years and was the loveliest and most supportive man. When I started out, he was a little on edge, ready to pick up the pieces if necessary!

Gwilym worked hard for Band Porthaethwy, as well as the wider END_OF_DOCUMENT_TOKEN_TO_BE_REPLACED

I wrote a Music Journal from summer 2014-2016, a detailed record of the lessons I taught and the rehearsals I conducted. I wrote about the people who were there, the funny things that happened, what we played, our progress, and even messages from parents that meant a lot to me. It’s 70,000 words long – the length of a novel! Over the six years I conducted, I could have written a trilogy.

After the first concert I organised, my grandad observed, ‘You talked to each member of your band as if they were the most important person in the world to you at that moment.’ That was wonderful to hear; it was always a big priority for me, perhaps even more than the music itself, to make sure people know that they matter and are valued. I’d be lying if I said this didn’t cost me personally at times. I’m incapable of faking an interest in people, so I became very attached to everyone and was sad if they left band. There were many tears shed.

However, my overwhelming feeling now is: END_OF_DOCUMENT_TOKEN_TO_BE_REPLACED

On January 23rd, 20-year-old Adam went for a hike along the coastal path towards Clarach. He didn’t return. He was found a few days later by the RNLI, but despite their best efforts, he passed away.

I cried when my brother Jonny phoned to tell me the news about his housemate. I cried along with Mum when we had a video chat to talk about it. I cried on and off for the rest of the evening. I cried as I did the Bible reading in chapel the following morning. And I cried as I came across One More Light by Linkin Park, a song about losing a loved one.

Grief often seems to come with a END_OF_DOCUMENT_TOKEN_TO_BE_REPLACED 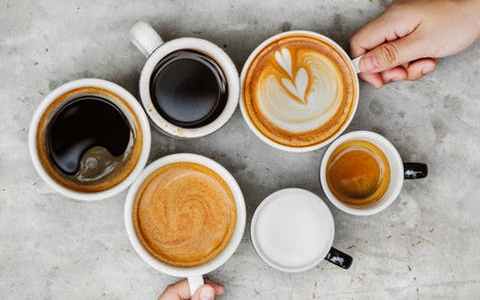 Story rejection is getting easier. It doesn’t stop me submitting my writing and it doesn’t stop me improving. However, if rejection catches me on a bad day, I find Writers’ Insecurity lingering in the wings. I can’t help but wonder, ‘Is there anyone, aside from close friends and family, who wants to read my work?’

Enter CaféLit. It posts a short story online every day, and at the end of the year, some are chosen to be published in an anthology.

I was directed to the site by END_OF_DOCUMENT_TOKEN_TO_BE_REPLACED

‘If you don’t understand something, then tell me,’ Dad said. ‘Provided it’s genuine, there’s no such thing as a silly question.’

I was thirteen years old. Mum, my brothers, and I were at our first ‘lesson’. We sat in Dad’s living room with shiny GSCE Biology textbooks spread across our laps. His introduction to proceedings was carefully planned.

Up until then, it was always END_OF_DOCUMENT_TOKEN_TO_BE_REPLACED

Our relationship with Mum cannot be defined by a single special moment. It’s constant ‘little things’ which add up to something bigger, as I reflected a few weeks ago.

I’d had a horrible Crossfit session. The workout itself was fine, but people’s shouts of encouragement and the loud music had driven me into mental overload. I ran out of the room a minute before the end.

When I arrived home, I was in tears, frustrated with the situation and my hypersensitive nature. Mum gave me a hug. She pointed into the kitchen, where END_OF_DOCUMENT_TOKEN_TO_BE_REPLACED

I still remember stepping over the threshold for the first time. My trombone-carrying arm shook a little as I took in the brassy smell that is typical of any band room. I’d been asked to help them out for a competition – that was a nice feeling, especially because it’s my home town.

I held my breath as I walked through the small hallway and turned into the main room, eyes searching around for somebody to put me at ease. I instantly relaxed, as there were a few people I knew. But it was more than that: open, warm smiles from complete strangers. END_OF_DOCUMENT_TOKEN_TO_BE_REPLACED

I’ve become ‘one of those people’ who won’t stop talking about Crossfit – I would have rolled my eyes at the idea in the past!

About a year ago I wrote an article called, ‘Why I Need Crossfit in My Life.’ Everything I said then is true still. I’m two years into the experience now and loving it more than ever. I could ramble on about the physical and mental benefits of ‘constantly varied, high intensity, functional movement’, but that’s not the only thing that keeps me going back for more. END_OF_DOCUMENT_TOKEN_TO_BE_REPLACED