It can be scary to put your writing out there. In a previous blog post, ‘How I Persuade Myself to Submit My Writing’, I finish with a simple perspective that helps me: Think of submitting your work as technical not emotional.

Everything’s hard enough as it is; let’s not overcomplicate the matter.

END_OF_DOCUMENT_TOKEN_TO_BE_REPLACED

Spaghetti for 20p and bolognese sauce for 60p, topped with grated cheese. I ate that meal for at least three days in a row while I was in Cornwall. I was down and fatigued at the time and couldn’t seem to drag myself out of it. Eventually I chucked some frozen peas in with the pasta. That made me feel better, not just because it gave my body better nutrition, but because it made me feel better about my day, and myself; it was a little thing I could do to improve things, even when I felt low. I hadn’t let go of everything.

I remembered this recently. At the end of a day in which I’d had a bad headache, I craved the comfort of fish fingers and chips, and that’s what I made. But, again, I added peas.

END_OF_DOCUMENT_TOKEN_TO_BE_REPLACED

I’ve written a daily journal since 2014. Sometimes I’ve had to catch up later, but there’s a diary entry for every single day, written by hand at a snail’s pace, in beautiful notebooks. I’ve always used a black BIC pen, apart from the day before the final exam of my degree, when the blur of mental exhaustion caused me to accidentally use a blue pen – still not over it.

This routine has been a significant part of my life. I’ve recorded highs and lows, things I’ve done/felt/said, exchanges with other people, philosophical thoughts and rants, and numerous boring sentences that were, in retrospect, a waste of paper. It has been the Hannah Time, the ‘Okay, I need to write my journal now’, which my family and close friends have come to expect.

I’ve always said that if someone read my journal it would be an unforgiveable breach of trust. (I would forgive but with difficulty.) Firstly, the way I phrase things is for my eyes only – I know what I mean, so I don’t write it in a way that would convey the right meaning to someone else. Secondly, I’m an open book and answer questions honestly – why snoop in my journal when you can ask me personally? Thirdly, it is largely (as I’ve already hinted) boring. Don’t read it.* Seriously.

END_OF_DOCUMENT_TOKEN_TO_BE_REPLACED 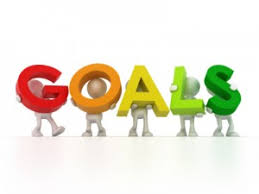 I like dreaming about the future, creating routines, and making plans for what I’d like to achieve, but do I have to? I don’t think so.

It’s not that we shouldn’t have big goals; it’s that we shouldn’t feel like we must. I don’t think there is anything wrong with you if you don’t set goals, dream big, or shoot for the stars. I don’t believe ‘contentment’ is an inferior goal, or that a ‘simple life’ is inferior to one filled with complex ambition. In fact, it sounds increasingly beautiful to me.